We settled back in at MacDill in October, coincidentally spending our 3rd winter in the same camp spot we had for our 1st winter.  Felt like home.  We ended up hosting karaoke virtually every Saturday night at Seascapes.  Good buddy Larry kicked off "do it yourself" trivia on Thursday nights because we couldn't get the base to fund any entertainment for us.  Good times.  You want to see people get riled up, ask a bad question as a trivia host.  We made a side trip to Norfolk to greet Brad when he returned after 9 MONTHS on the USS George H. W. Bush.  Even being on an aircraft carrier, with room to move around, gets really old after that long.  He took us on a tour and it is no cruise ship.  It would be like living in a greasy, loud welding shop for 9 months straight.  Of course, on the way home from Norfolk we had to stop in Raleigh and see John and Phyllis.  My best man Dave and his wife Michelle visited from Northern Illinois, staying at one of the rental campers at the FAMCAMP.  It was great to see them again.  Two other side trips to Key West, one over New Year's and the other for the entire month of April, rounded out the winter's activities.  We got really lucky and were able to visit with the Curley clan when they vacationed in Marathon while we were camped at Key West.  Keith and Abbey also came down to see us from Miami.  Here are some pictures. 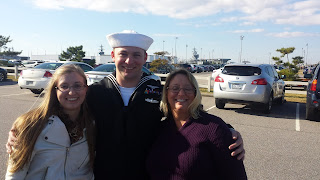 Home safe from the sea, Stephanie, Brad and Laurie 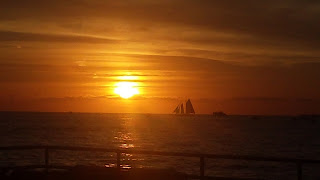 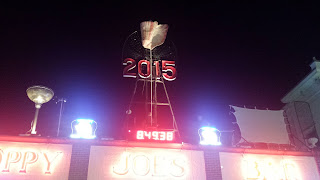 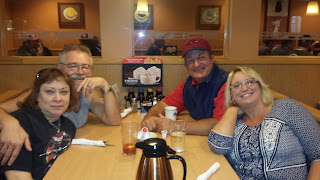 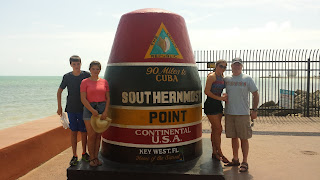 A few of the many members of the Curley family 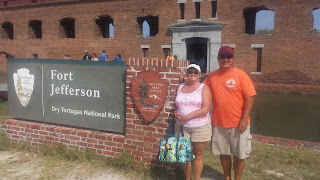 We finally made it out to the Dry Tortugas.  60 miles beyond Key West, it's the least visited of all National Parks and you can only get there by boat or seaplane