After DC, we headed north into Pennsylvania.  First stop, the Gettysburg battlefield.  I’d read the book The Killer Angels as part of a military professional reading program, but seeing the battlefield with your own eyes really brings the fight to life.  Laurie drove on the auto tour so I could gawk and wonder.  The different individual skirmishes happened at incredibly close distance, and the amount of dead in such a small area must have been horrific.  After touring the battlefield, we did a quick overnight stop in Landisville, PA to visit Dennis and Sue McCaughey.  Dennis plays and sings tropical rock professionally, and is a good friend from our many stops in Key West.  He’s based out of PA, but plays Key West frequently.  Luckily, he was playing his home town so we stopped in for the show.  We were also lucky to meet Sue’s father, a WWII vet.  At 92, he’s still really spry.  He landed at Utah beach as a replacement on D-Day + 30 and fought through Europe until the end of the war.  We took in the show and then moved on to a nice hillside campground in the woods northeast of Harrisburg.  I don’t think there’s square mile of PA that’s flat.  Whenever we come up here, I’m constantly amazed at the hilly terrain.  Beautiful.  While we were there, we toured the oldest brewery in the country, Yuengling, in old historic Pottsville.  We also went to Hershey’s Chocolate World.  I didn’t realize that Mr. Hershey pretty much built that whole town from scratch.  Quite the story.  We were like kids in a candy store, har har.  After a weekend in PA, it was time to move on down the road, north by east… 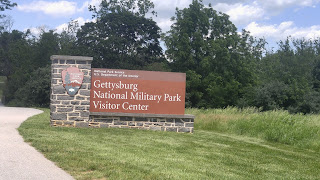 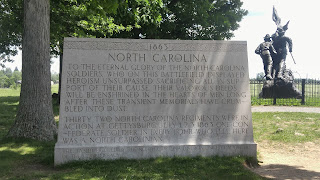 One of many States that erected monuments to their fallen troops. 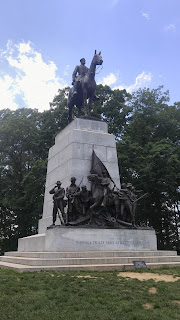 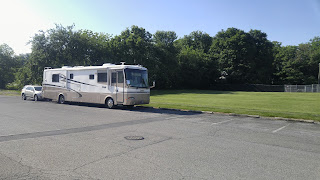 When we're just parking overnight, any parking lot will do.  This was our spot for the night visiting Dennis and Sue.  Missy loved running around in that field. 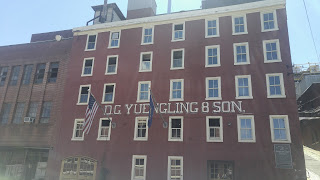 The oldest brewery in the country, still in operation. 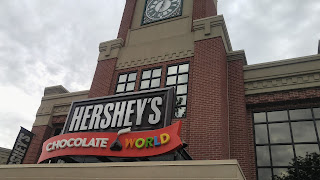 This was a lot of fun, really meant for kids but still interesting seeing a town that chocolate built. 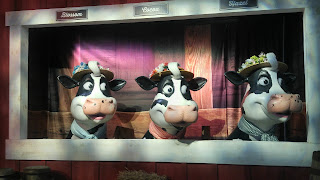 Hershey chocolate tastes so good because the fresh milk they use comes from happy cows... 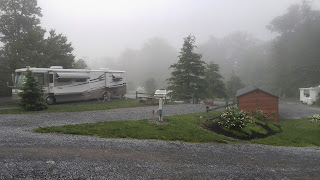 We had a lovely spot up in the hills, here's a foggy morning while walking Missy