Dear Readers,
As all 2.7 readers of this blog know, Laurie and have set the goal of getting the Alaska sticker on our RV map this summer.  So far so good.  We departed Florida immediately after the cruise (after a requisite 2 day stop at the Ho Hum in Carabelle) bound first for Arkansas, then down through Texas.  Along the way, we camped at a really nice Corps of Engineer park outside Montgomery to see Jeff and Peggy.  They're finishing up Air War College this summer and headed back to DC.  We spent a few weeks in Little Rock visiting Laurie's family, but we took a side trip of a little over a week during that time to see Music City, Nashville, TN.  After celebrating Mother's Day, we started our journey in earnest.  We finally stopped in Dallas, one place we've bypassed a couple times.  While there I stopped in and jammed with Paul Morton, a fellow veteran I served with at Little Rock Air Force Base who was also the drummer in a garage band I was in briefly back in the 80's.  He's awesome, me, not so much!  We also toured the Dealy Plaza museum and the botanical garden.  There's too much to do in a town that size to even scratch the surface.  After Dallas, it's on to San Antonio. 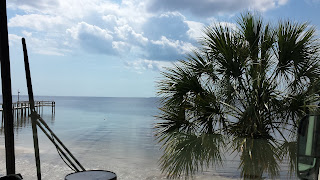 Laurie took this view from our windshield at the Ho Hum RV Park in Carabelle, FL.  It's very tranquil having your own waterfront estate, even if it is just for a couple days.  We stop here routinely now. 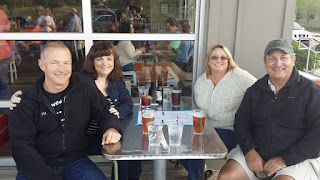 After the Ho Hum, it was an easy day's drive to Montgomery to see Jeff and Peggy. 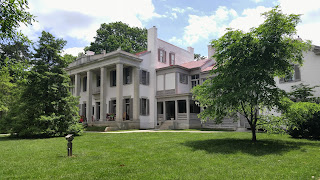 On our side trip to Nashville, we were able to take in a couple tours of historic mansions.  This one is Belle Meade, owned by a Nashville race horse breeder named Harding. 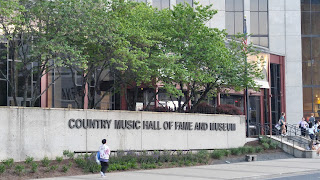 We also toured the Country Music Hall of Fame, yeehaw. 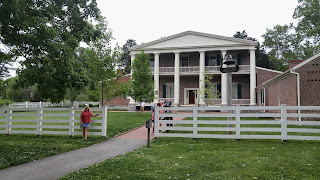 President Andrew Jackson retired to and died at The Hermitage, just outside Nashville.  Here's Laurie at the back gate. 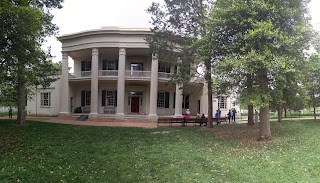 The Hermitage is fairly modest by today's standards, but back in the 1820's I'm sure it was quite grand.  Huge white pillars, no toilets.

A panorama of the Dallas Arboretum and Botanical Garden.  Very pretty, but it was getting hot out.  I know, it's Texas. 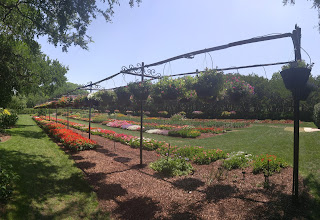 Growing their own plants at the botanical garden. 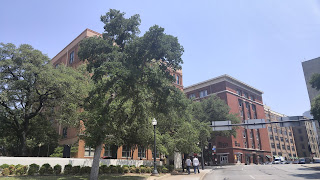 I took this photo standing a few feet from where President Kennedy was killed.  The brick building behind the oak is the former Texas Schoolbook Depository building.  The trees were much smaller 50 years ago. 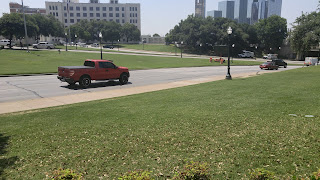 Dealy Plaza.  That red pickup is right where the fatal shot occurred. 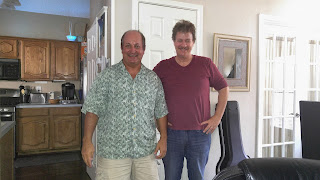