Well, another great Florida winter has come and gone and I'm waaaayyyy behind on updating the blog.  We started the winter at MacDill as usual, first in the annex but then moving into the sandpit.  The park was in utter turmoil because of an electrical power upgrade taking far too long and many spots weren't open for the season. The big event while we were at MacDill was selling our sailboat we'd owned for 8 years, the Laurie Lee.  It was truly strange watching her leave the dock with her new owner at the helm, but I wasn't getting enough use out of her to justify the cost and effort.  Without a boat to tie us to the dock at MacDill, we left for the season just prior to Christmas to spend it with Mom and the boys in Sebring.  We were in Key West for New Year's Eve again this year, which is getting to be a pretty cool tradition.  After Key West, we spent a couple weeks on Key Largo at John Pennekamp State Park and a commercial park.  We really enjoyed that, something different.  While we were in Key Largo, Keith, Abby and Madison came down from Miami for a visit.  We then moved up the coast just a bit and stayed in Lake Worth, then Jupiter Florida.  Jupiter was a significant find.  We stayed at Jonathan Dickinson State Park for 2 weeks and it was great.  Keith and Abby came to see us again and brought friends this time.  There was a lot to see in the area, the weather was great, the camping spot was huge, and Jupiter has a great music scene.  After that, we went up and stayed near Mom at Wekiva Falls campground for a week.   Then back down to Key West for a week just in the car this time to celebrate Laurie's birthday.  We then went up to Bushnell, FL for a couple weeks and stayed at Paradise Oaks with our friends Fred and Loretta.  We were also able to visit Larry and Teresa at their new home in the Villages.  The next big trip was storing the RV for a couple weeks in Sebring while we took off on a cruise with friends John and Phyllis.  In the personal development arena, I got a haircut (big deal) and enrolled in a doctoral program (back to school).  As the time of this writing, we're camped near our house at Highlands Hammock State Park.  The plan for this summer is Alaska.  Since we finished the lower 48 state map, it only makes sense, right?  Here are a few pictures from the winter: 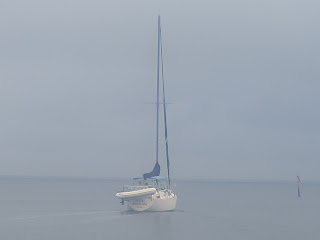 The Laurie Lee under new ownership, bound for Clearwater, FL. 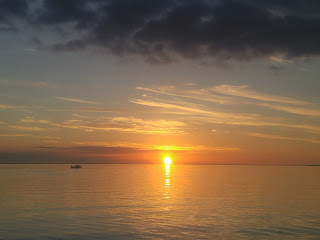 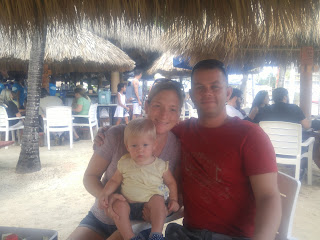 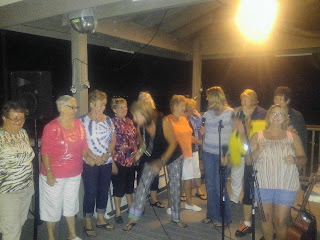 I threw a karaoke party at Seascapes for old time's sake.  Here are the girls jamming in a group sing. 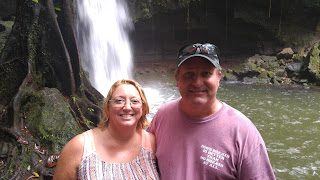 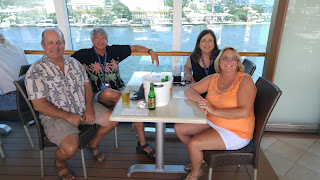 Great friends John and Phyllis.  We cruised to the Bahamas, St. Thomas, Dominica, Grenada, Bonaire, and Aruba aboard the Royal Princess.  10 days in paradise! 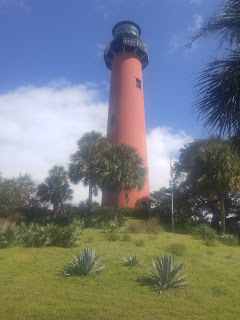 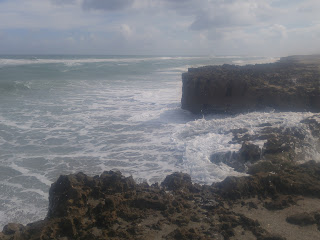 Blowing Rocks Preserve on Jupiter Island.  You don't often see limestone like this on the east coast. 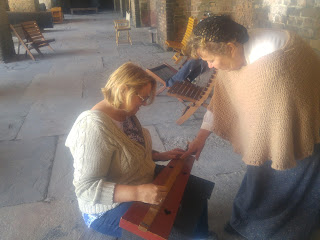 Laurie learning to play the dulcimer at Ft Zachary Taylor on Key West.  We visited on a day when they had civil war reenactors on the grounds. 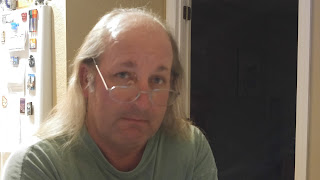 Contemplating getting a trim.  I posted this photo on FaceBook and asked my friends if I should cut it or keep it.  The results were mixed.  I got a hair cut.  It's a lot easier to deal with and it's amazing how differently people talk to me.  When I was in Kindergarten, they taught me you can't judge a book by its cover.  Wrong.