After Bend, we stayed for a week in a little community called Silverton outside Salem, OR, the state capitol.  It was a nice park and a cool little town in the heart of the Willamette (rhymes with Spam It) Valley.  There weren't a whole lot of natural wonders to photograph, but we did a few waterfall hikes when we weren't hanging out relaxing.  The weather was awesome, cool moist mornings and warm afternoons.  Central Oregon continues to impress.  Here are some photos... 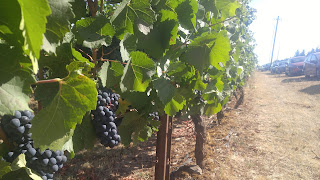 It was almost harvest time in the Oregon wine country 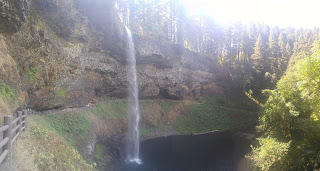 South Falls in Silver Falls State Park.  177 feet high!  We did a 2 mile loop around/behind it and a couple other falls 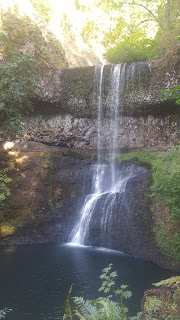 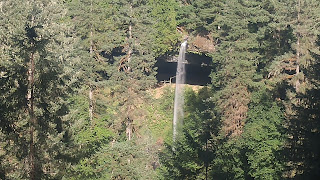 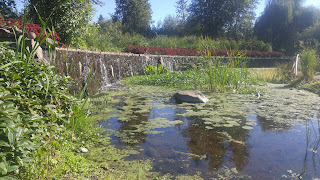 There's a really nice municipal garden in Silverton, called the Oregon Garden.  They had live acoustic music on the veranda one evening, very cool.  Ironically, all the water features are processed waste water from the city plant.  It was coming out too warm to go back into the Silver River, so they built this park and about 11 ponds to cool it.  The garden is allowed to use 10,000 gallons a day to irrigate, the rest cools and goes back in the river.  Great relationship. 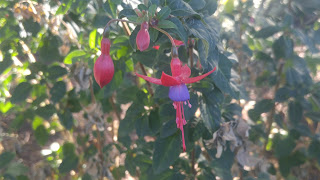 I don't remember the name of the plant, but it had really cool blooms. 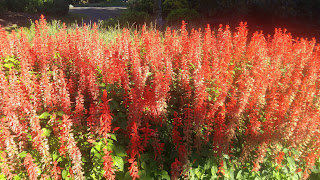 These bright red flowers were everywhere, but no signs to say what they are 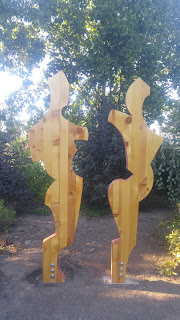 This wooden sculpture was called Adam and Eve and was for sale for $2000.  Hmmm. 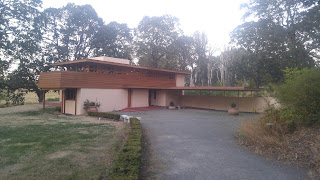 The Gordon House, designed by Frank Lloyd Wright.  It was finished in '63, originally miles away on the Willamette River.  In 2001 it was going to be destroyed, so they dismantled it and moved to the Oregon Garden for preservation. 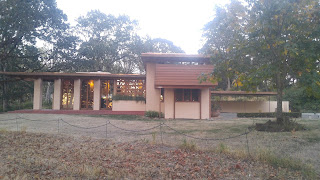 Another view of the Gordon House