Hurricane Irma came ripping through Florida, so Brad and Eric scooped up Mom and headed for high ground.  The ended up having quite the adventure along with thousands of other refugees.  They spent a night in Alabama, and as the storm pushed northwest, they moved to Mississippi.  Being right next door to Arkansas, and that being our next stop, we rendezvoused in Little Rock to await news of the storm.  It hit our house in Sebring pretty hard, losing a privacy fence and roof shingles, both covered by insurance.  Silver lining, the boys got to spend some time with both grandmothers, and I got a picture of them together for the first time since our wedding in 1984.  We stayed 2 weeks at the Air Force Base, getting new tires and the annual tune up for the motorhome.  Those tires were worn to the nub, made it to Alaska and Newfoundland and back.  Dee celebrated her 80th birthday while we were there.  Once the power came back on 5 days after the hurricane, the Floridians headed on home.  No damage save for a potted bougainvillea at Mom's house. 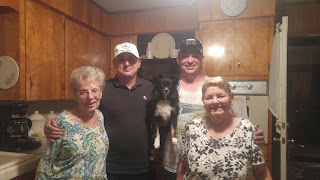 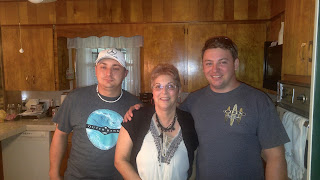 The boys with Auntie Susan 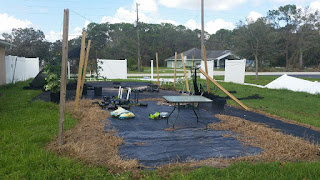 Our backyard.  Brad's citrus garden and the nice, new privacy fence got hit pretty hard.  I read online that the winds were over 80mph sustained in Sebring. 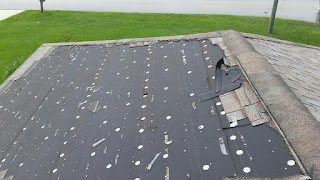 Most of the shingles facing the wind were ripped off.  I'm scheduled for a total replacement in January. 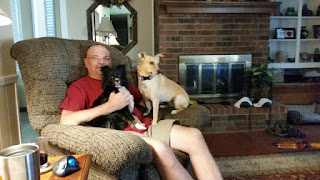 I also got to visit with Tom Z a couple times.  That's his dog Zinger on the right.  She and Missy burned a lot of calories running around the house and yard.