When we left Arkansas, we had a little over a month to putter around in the hills before our seaside reservation at the Ho Hum RV resort in Carabelle.  I was getting a haircut at the BX on Little Rock AFB and talking to my barber about RVing.  She said we should go check out Kentucky.  Well, except for staying a couple days near Ft. Knox back in 2013, we'd never been there.  So we went there.  We stopped and saw Land between the Lakes, then Mammoth Cave and just generally hung out.  We also went to the national corvette museum, the one that had the sink hole eat half a dozen collector cars.  It's a lovely state, so we'll probably go back.  I'm getting really lazy about picture taking, but here's a couple: 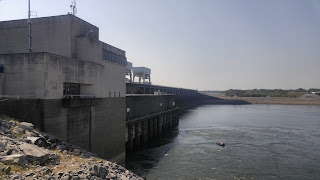 Kentucky Dam on the Tennessee River 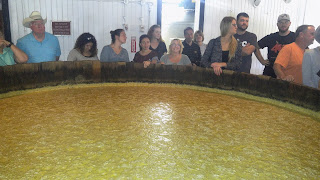 We toured a bourbon distillery.  This is the mash fermenting in giant vats, creating the alcohol that is later separated from the water by distillation.  You could see the stuff bubbling from the yeast eating the starches. 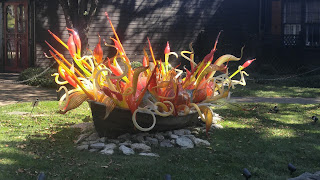 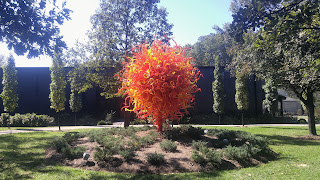 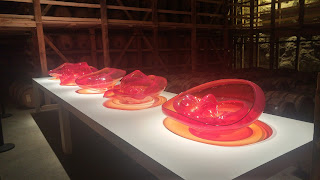