Winter 2016-2017
Wow, I really need to start blogging over the winter.  6 months goes by pretty fast.  This was our 5th winter season in the motorhome, most of it at MacDill.  It was a really pleasant, warm and dry winter.  We’re paying for it now as Florida has 106 wildfires burning per the news this morning.
We arrived in FL in early November, staying a week in the panhandle on the beach, right near the FL-AL border before heading to MacDill.  We had a great spot, 109, with afternoon shade near the beach and Seascapes, surrounded by friends we’ve made over the past 5 years.  It really is like coming home (only every year the neighborhood shifts around and you don’t know who your neighbor will be).

I got a few projects done on the rig.  I actually installed a new TV antenna myself, pretty proud of that, and Mom and I busted out the industrial sewing machine to repair the door awning.  Late in the season, the combo clothes washer dryer died, so we got a new one installed.  I had to be the apprentice when John from American RV arrived to install it.  Those things are heavy.  Other than that, the motorhome is in fine shape for this summer’s trip.

We had a few visitors and made a few side trips to keep things interesting.  I got to visit with Paul Lambeth.  Paul and I were Lieutenants together when we lived in Albuquerque.  He and Jan have hosted us at their house in Belgrage, MT twice now on our trips out west.  He was in Orlando for a convention so I went over to see him.  John and Phyllis came down from Raleigh so we got to visit with them for almost a week.  We got hotel rooms on St. Pete Beach and also stayed out at Universal Studios so they could ride the roller coasters.  Stephanie came down for a visit from Virginia Beach.  We drove up to Arkansas for Christmas, and Steph was able to fly in and join us.  We made our annual trek to Key West, this time with full time RV friends Kris and Yancey.  They stayed longer than we did, but we enjoyed our 2 weeks on the island.

Meanwhile, Laurie had been looking for a new puppy.  She’d been surfing shelter websites for months, and also looking at puppies from breeders.  She found a breeder of mini Australian Shepherds in the Tampa area, so when we got back from Key West we went over an picked out a little cutie.  Laurie deliberated over several litters of puppies and picked out the cutest little black and white tri-color female.  We named her Missy and she instantly became the bell of the ball at the RV park.  I don’t know that I’ve ever seen a puppy get socialized to both dogs and people so quickly.  She’s growing like a weed, 6 months old now and seems to really enjoy the lifestyle.

Our son Eric moved into the house with brother Brad, making it much easier to visit them both.  Brad finished up his associates in citrus production, so we and Mom attended the commencement.  The boys babysat Missy while we took a cruise with friends from Newfoundland Fred and Loretta and Danny and Marlene.  It was just a quick 4 day jaunt out to the Bahamas, but we had a good time.  Fred’s down in his back, so we’re hoping he finds some relief.

We also got to visit the growing tribe of former MacDill folks that have bought houses in The Villages, up near Ocala.  They helped me celebrate my 53rd birthday in style.  Larry and Teresa, Roy and Nan, Eddie and Lois, and Martin and Wanda are all living it up zooming around on their golf carts, playing golf, and enjoying the good life.

Life at MacDill was pretty sweet.  I played a lot of guitar, and our trivia team was in the money most weeks.  This summer’s goal is a trip up the east coast again, same basic route as our first summer in 2012, but this time we’re hoping to go all the way up to Newfoundland.  Fred and Loretta are also motorhomers, and we’re looking forward to touring the island with them in July and August.  We’ll return to MacDill again in November to begin the fun cycle all over again. 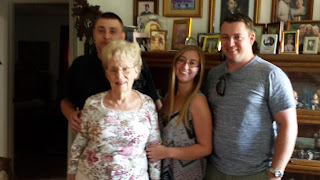 We actually got all 3 grandkids together for Thanksgiving 2016 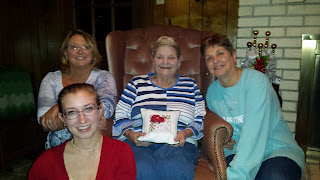 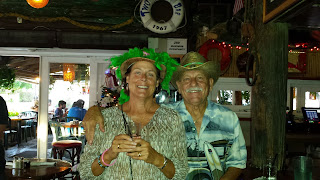 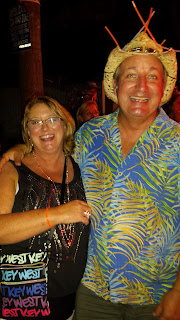 Probably getting closed to the ball dropping, judging by the smiles... 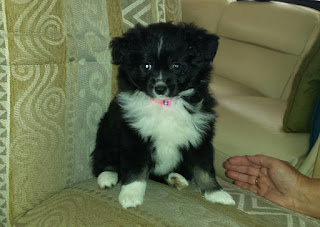 Missy, probably the day we brought her home 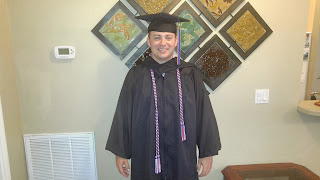 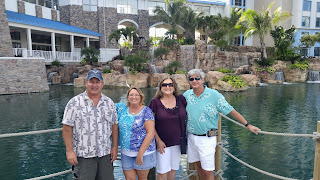 With John and Phyllis at Universal Studios 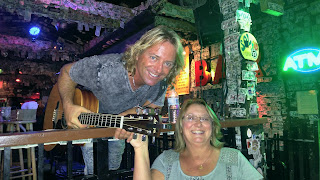 This is Laurie with Gerd Rube.  Gerd's a German dude who moved to Key West and is one of the local fixtures.  We've been listening to him every visit for years now. 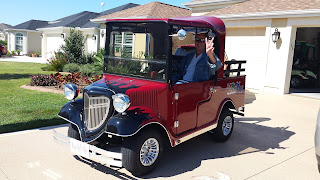 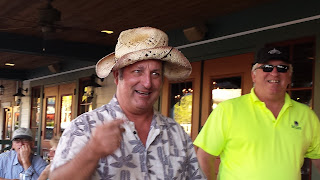 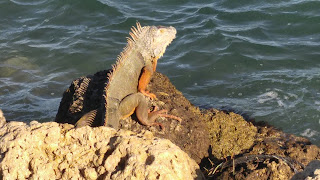 I took this on a morning walk in Key West.  They're everywhere on Key West, and pretty unafraid of humans 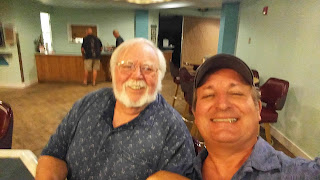 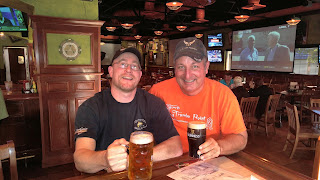 Paul Lambeth and me 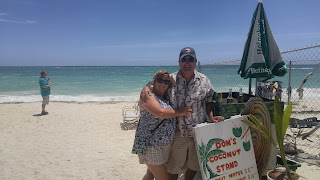 Laurie and I celebrating the opening of my very own coconut stand on Grand Bahama island. 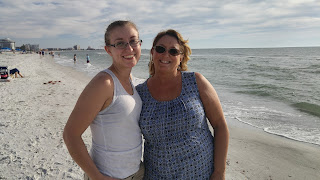 Mother and daughter, around Thanksgiving on St. Pete Beach 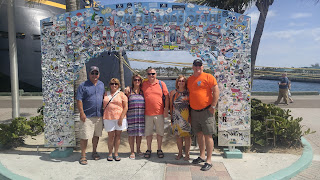 Cruising to the Bahamas with our Newfie pals