Wow, it is so easy to slack off the blogging when we're just drifting around visiting friends.  After Indianapolis, we went to Pittsburgh and stayed in Dan and Michelle's driveway again, for the third time since we started this road trip.  We went "don ton" (Michelle's take on the 'burgh accent) for the art festival and, of course, it rained.  Apparently it always rains in mid-June in da burgh.  We also visited with friends Dan and Jane from MacDill while we were there.  After Pittsburgh, we headed up to a campground near Mansfield, PA for a few nights at a US Army Corps of Engineer park.  It was, again, blissful to be out in the country at a very nice park with plenty of room for Missy to run around.  Next stop was a return to a park near Ithaca, NY that we stayed at during our first summer in 2012.  We got the prize spot overlooking their pond.  I caught a couple bass in the lake too!  Snedacres campground is between Seneca and Cayuga lakes in the Finger Lakes region of upstate New York.  We had a very nice, relaxing time for 6 nights before moving south again.  We had to stop in and see musical friends Dennis and Sue, staying in their driveway outside Lancaster, PA for a night.  Moving south again, we stayed 3 nights at a military campground outside Washington, DC.  We thought about fighting traffic to get into town, but we've been there a few times so we just chilled out at the campground.  Next was a stop outside Raleigh at Falls Lake for a visit with John and Phyllis.  We're currently "camped" at Kevin and daughter Stephanie's place in Kill Devil Hills, NC, in the Outer Banks.  The Outer Banks (OBX) are their own little slice of heaven.  It's been a bit warm, but fun and great to see "the kids" again.  Some pictures from the last couple weeks... 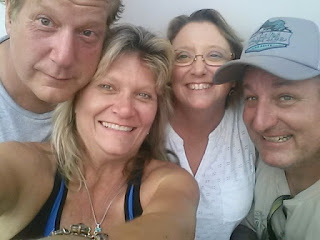 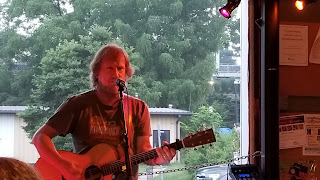 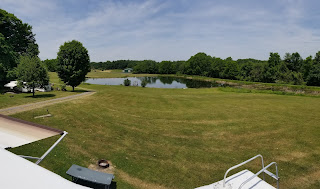 Panoramic view of our "porch" at Snedacres 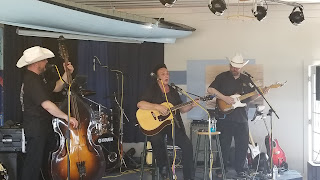 While we were in New York, we caught a really good Johnny Cash tribute band 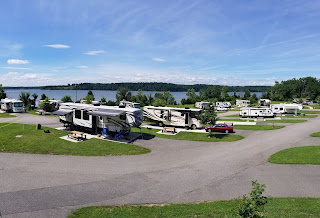 View from the RV at Fort Belvoir, on the Potomac downstream from DC 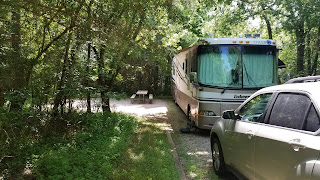 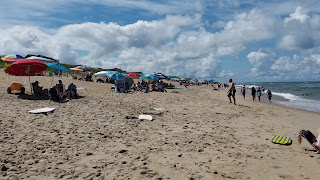 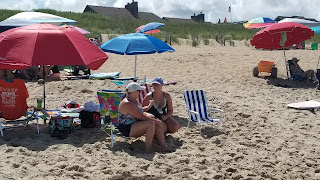 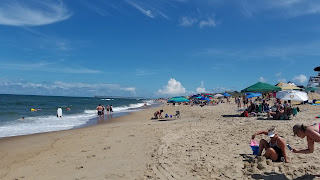 4th of July in OBX 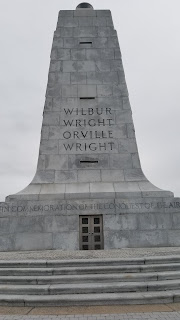