Wow, what a cool city.  We camped 4 nights at the Montreal South KOA, an easy 15 minute drive to the nearest metro station.  Montreal is full of history and culture, we might need to come back some day.  On each of our 3 days, we'd park for $10 a day (conversion rate made that $7.60 USD) and ride the subway into town.  It was $19 each for a 3-day ride pass, so pretty cheap transportation.  We were able to tour Old Port Montreal, the Point de Calliere history museum, Jardin botanical garden, the Olympic center (site of the 1976 summer games), and take a river cruise.  We also did a lot of just walking around checking out the city.  It was really beautiful, and we had decent weather.  Too hot though, close to 90 degrees every day in late July, too much like Florida!  Here are some pictures from our days spent sight-seeing: 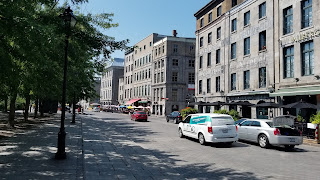 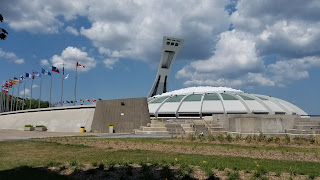 The Olympic Stadium from 1976, back when Bruce Jenner was the world's greatest male athlete.  We took a ride up the tower that holds up the roof of the stadium. 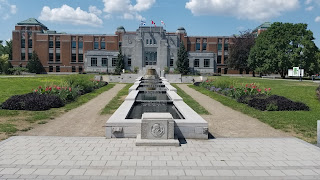 Fountains at the Jardin Botanique 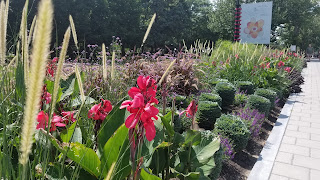 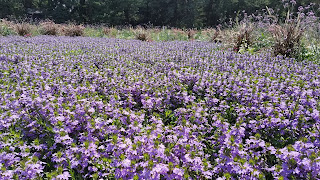 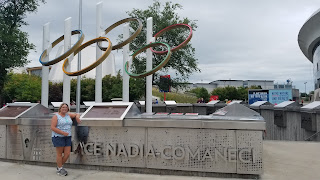 '76 was Nadia's year, so they erected a monument to her gymnastics performance 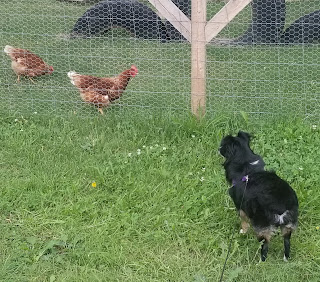 They had a small petting zoo at the KOA with goats and chickens.  Missy got along just fine, no barking or anything 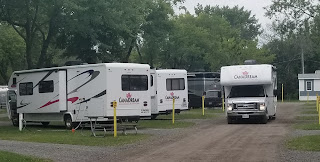 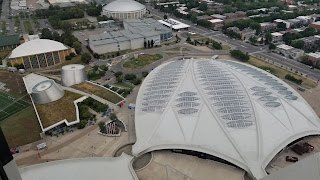 The view from the Olympic Stadium tower. 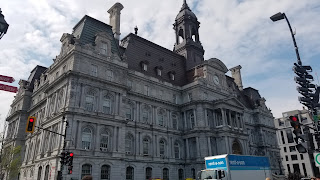 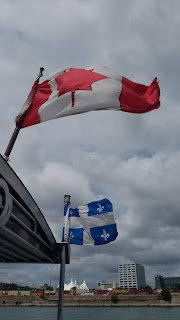 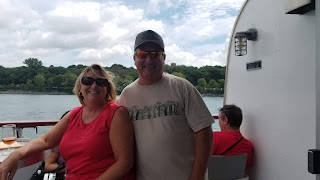 Intrepid travelers on a boat tour of the Saint Lawrence River 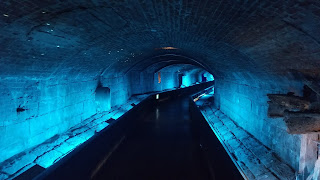 An original sewer from a few hundred years ago.  The Pont de Calliere museum preserved and lit it up for our walking pleasure. 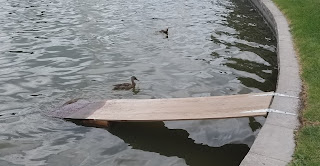 Duck ramp at the city park 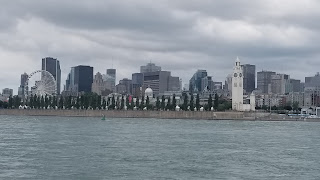 Skyline from the Saint Lawrence 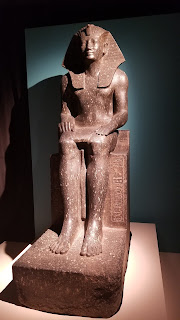 The museum had Egyptian artifacts on loan from an Italian expedition that unearthed a few tombs about a hundred years ago.  The artifacts were from about 1200-1500 BC.