My how time does fly.  As has become tradition, we spent the last week of October at the Ho Hum RV resort in Carabelle, FL on our way to Tampa.  Hurricane Michael had hit the area pretty hard the previous September, but they were putting things back together.  The extent of the damage was horrible, trees snapped for miles and miles from the eye of the storm in Mexico Beach.

We arrived at MacDill on November 1st to find most of our friends already in place and enjoying themselves.  We got a spot near Seascapes, and about 5 days later got the absolute closest spot to Seascapes and the beach, the same spot we had the night of my retirement party June 1st, 2012.  It turned out to be a great place for the season, short as it was.  We planted St. Augustine grass outside the front door since it was just loose sand.  It was a very enjoyable part of this winter.  I hosted trivia every Wednesday night, and Laurie kept score.  Seascapes mysteriously ran out of money to pay our normal trivia host/karaoke DJ, so we stepped in to fill the void.  We also started a happy hour tradition where people would have everyone over (whoever cared to come) to their spot for sunset drinks and snacks.  In November, we made a trip to Key West to stay in one of the Navy Lodge condos they rent with friends John and Phyllis from Raleigh, and Kevin and Char from Arkansas.  It was a great week!  In December, we flew to Little Rock for Christmas with the kids and Laurie's family, then off to Key West for our annual New Year's Eve stay.  We stayed about 10 days at Trumbo Point before heading back to MacDill.  It wasn't terribly long after that when Laurie's Mom started having mobility issues and a terrible bout with influenza.  Laurie flew home to stay with Dee in early February, and I followed later that month.  Brad drove up with me, so we had a good Father/Son road trip.

After graduating college in December, Brad also got a job in Boca Raton as an electronics engineering technician, so we put the house up for sale and put what little belongings we have left into storage in Little Rock.  We close on the house later this month, so we're officially homeless again.  I've accepted full time work in software development education, so we're turning a bit of a new chapter in life.  Semper Gumby, as they say in the military.  Here are some pictures from the winter season in FL. 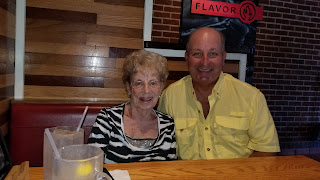 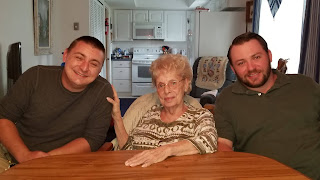 Grandma and the Boys.  They came up from Sebring. 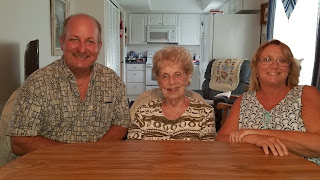 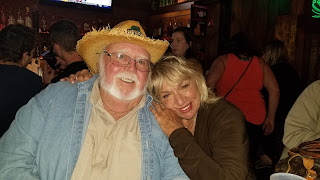 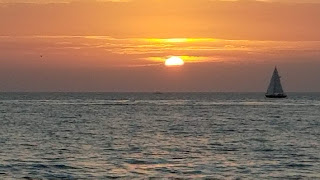 The six of us took a sunset cruise, really nice evening. 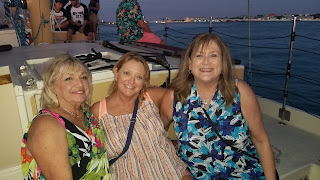 The girls on the sunset sail 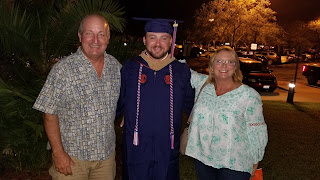 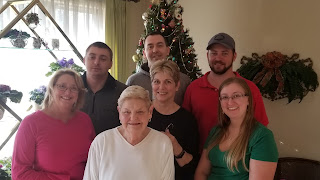 Dee and her progeny at Christmas, 2019 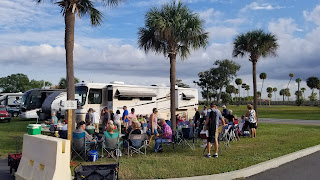 First Happy Hour at Macdill, November 2019.  That's our RV in the background.  I was very careful to patrol for fire ants for a week prior to the event, sprinkling Orthene at the slightest hint of a mound and applying broad spectrum ant killer a couple days before hand.  Nobody got bit by ants! 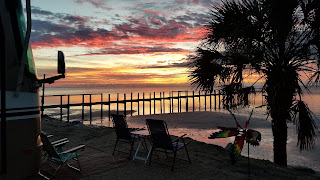 Sunrise at the Ho Hum.  We love that place. 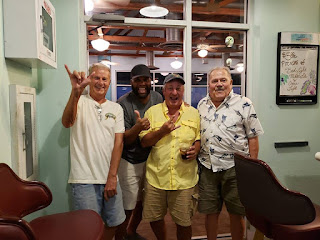